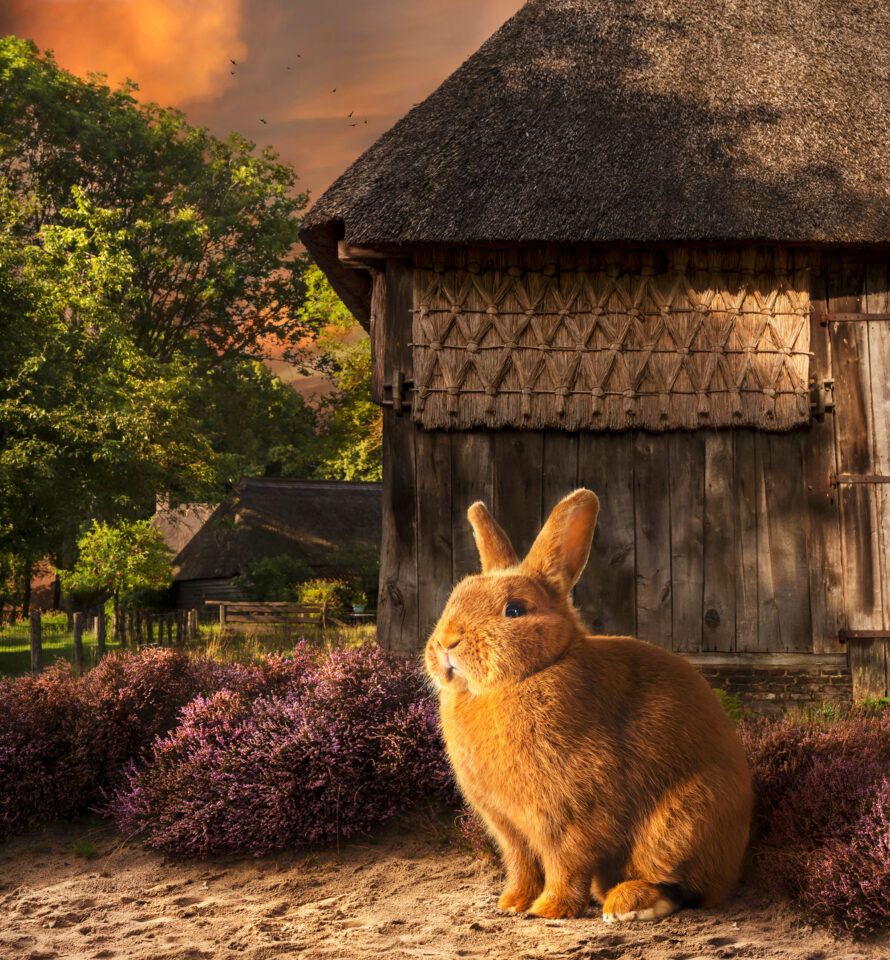 Here is Sjors, a velvety soft Thrianta. That may sound a bit strange for a old Dutch rabbit breed, but Thrianta is anything but a coincidence. It is it old word for Drenthe. And a Drent? That’s this rabbit, at heart. a Dutch chauvinist, according to tradition.

Rabbit breeds are descended from the European wild rabbit. The Romans were the first to kept rabbits as pets. They discovered the animal during the conquest of Spain and became addicted to the tasty meat. Did you know that a rabbit is not a rodent? but a hare-like one?

The Thrianta is a Dutch creation of Mr. Andreae, teacher and geneticist from Assen. short before the Second World War, Andreae decided to breed a pure solid orange colored rabbit. The story goes that it was a protest against the Germans. The breed became official on May 1, 1949 recognized. Unfortunately, the Thrianta did not become very popular and even disappeared from the Netherlands for some time. Thanks to several breeders and the importation of similar rabbits, the Thrianta has returned in The Netherlands. In 1976 a special club was even founded for this special orange-top rabbit. In the meantime, old Dutch rabbit breeds, with their unique appearances, are very popular with small animal lovers.

“When I was researching farmhouse styles in Drenthe, my eye was mainly drawn by the old barns at those farms, the one with the Drenthe wickerwork; beautiful! This wall decoration, right under the eaves is an expensive job today, but was once born out of scarcity. If farmers ran out of planks – wood was relatively expensive – to cut the upper part of the to finish the barn wall, they used straw. The crossed straw ties were also still once beautiful, easy to apply and provided good ventilation.”

Hulstlander rabbit
In my search for Sjors, the Thrianta, I came across the even rarer, temperamental white Hulstlander. He, Joris, has not (yet) received an ode, but can be found at work ‘A Hommage’ also on this exhibition. The breed has its origin in the Hulstlanden, a region between Zwolle and Ommen.