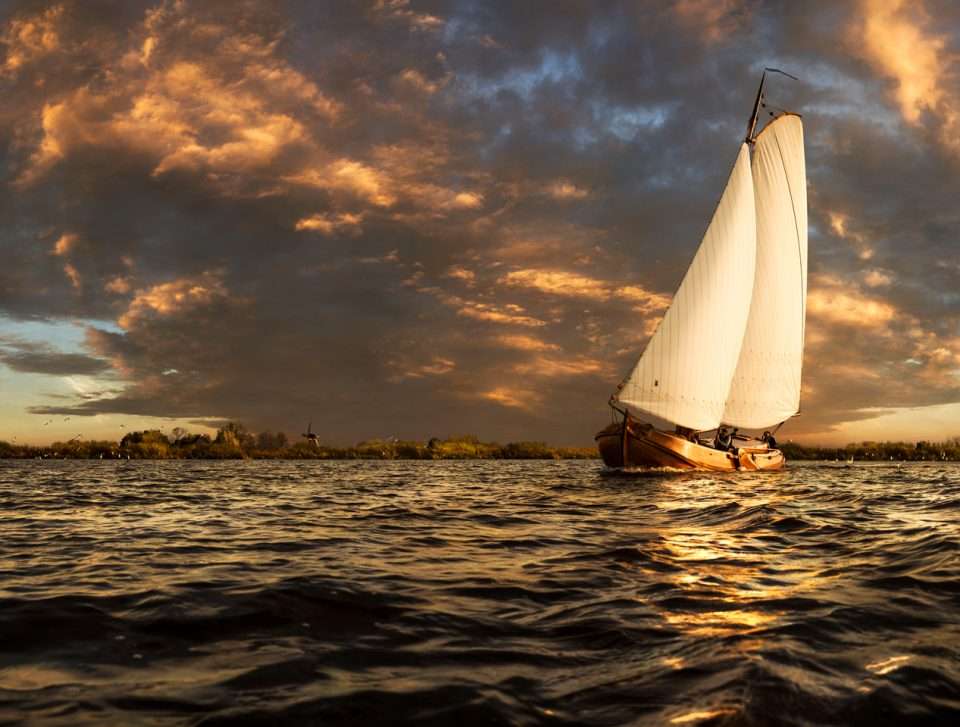 Tribute to the skippers and ship builders of Friesland

Water and water sports are very important to Friesland. Nowadays for recreation but in the past the Frisian lakes and waterways were the highways for this province. Almost all transport of goods and people took place over the water. Inland navigation was therefore of the utmost importance. Well-known are the tow barges and the traditional “skûtsjes”. With the skûtsje, a small tjalk, you could go anywhere in Friesland.

The most beautiful and fastest skûtsje of the nineteenth century was the Ebelina, the ferry ship that the Jouster shipbuilder Eeltje Holtrop van der Zee built in the spring of 1861. As a credit to the shipyard and as a reminder of the prehistoric years of the cargo and passenger ships but also to the racing sails with it, which the current skûtsjesilen reminds to this day, a replica ‘Aebelina’ of this disappeared ship has been created with noble craftsmanship. The jewel of the Skûtsjemuseum in Earnewâld. And that is why I selected and have asked to the crew of this skûtsje, the only wooden skûtsje that is still sailing, to help me realize my ode to the skippers and the ship builders. This image is actually a double ode. How beautiful is that?