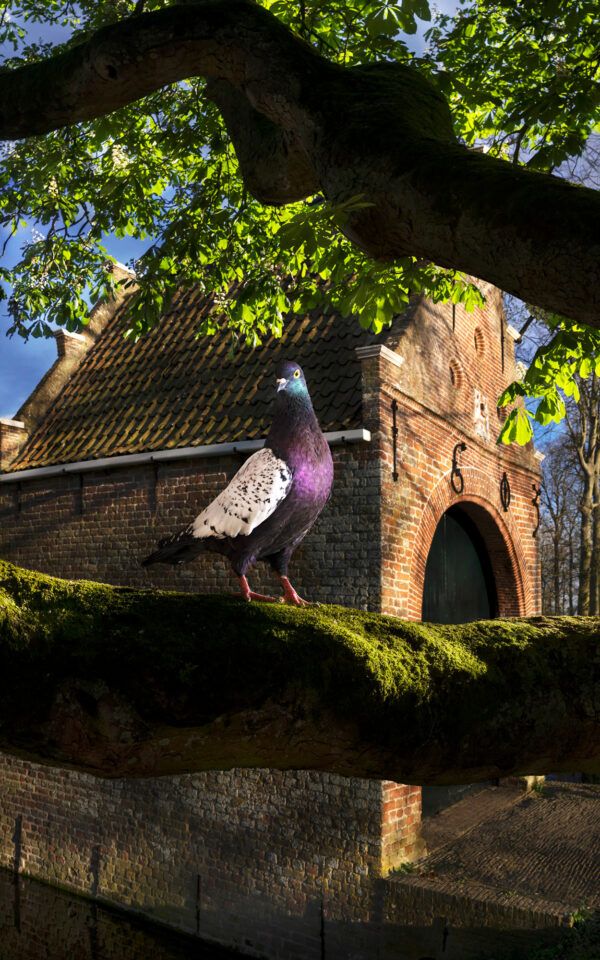 The Hyacinth pigeon can rightly be called a show pigeon: a feast for the eyes! This pigeon is seen as the only Dutch color pigeon. But research shows that the Dutch share mainly has to do with the maintenance and further development of the breed – which is said to be French in origin. After the Second World War, the Hyacinth pigeon was considered extinct. Were it not that a few Dutch (Frisian from the city Leeuwarden) succeeded in breeding and maintaining this fancy pigeon.

Humans have always had a special bond with pigeons. And still, as can be seen from the great variety with which we offer pigeons shelter; from pigeon houses to pigeon lofts, and from pigeon houses to pigeon lofts; yes, man likes pigeons. Keeping pigeons for meat consumption and manure dates back to 4500 BC. In the Middle Ages, ‘delightful law’ was introduced, which made it possible to keep large numbers. You understand: that was only reserved for lords of the castle and other dignitaries. Beautiful shelters for pigeons have been preserved from that time, including six old pigeon battle gates in Friesland. A pigeon battle gate is a gate – belonging to a castle, borg, stins, farm, church or monastery – with a pigeon loft at the top. The pigeon stroke is the closing device for the pigeon loft. It ensures that pigeons can fly in, but not out again. Inside the loft area are possibilities for nesting.

Here you can see the pigeon battle gate of Jongemastate in Raerd (Rauwerd). The front has three round openings, the rear has 14 gib holes with seat stone. In 1912 the state was demolished; the gatehouse was preserved. The Van Eysinga and Heringa families, among others, lived in the state, as can be seen on the coat of arms on the facade. The Hyacinth pigeon has been making modest progress in recent years and can regularly be seen as a show animal.