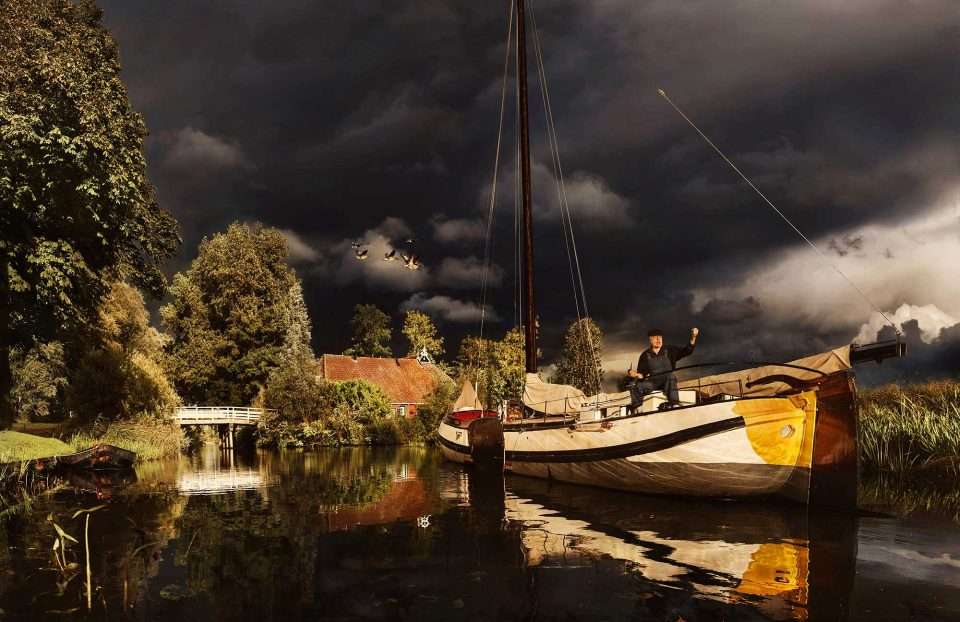 Depiction of a folk tale that takes place along the Falomsterfeart at Feanwâlden | Veenwouden, with the skipper on the skûtsje ‘De Swanneblom’. The ship that actually sailed in Veenwouden in the 1950s.

Photo artwork from the series of 4 Frykse Folksferhalen | Frisian folk stories. At places where the Central As (new motorway from Dokkum to Nijegea) now passes, I recorded what has disappeared or changed due to the construction of the road. By editing the photos, I added the eternal of the locally transmitted stories. Recognizable elements in the daylight from when the stories were told.