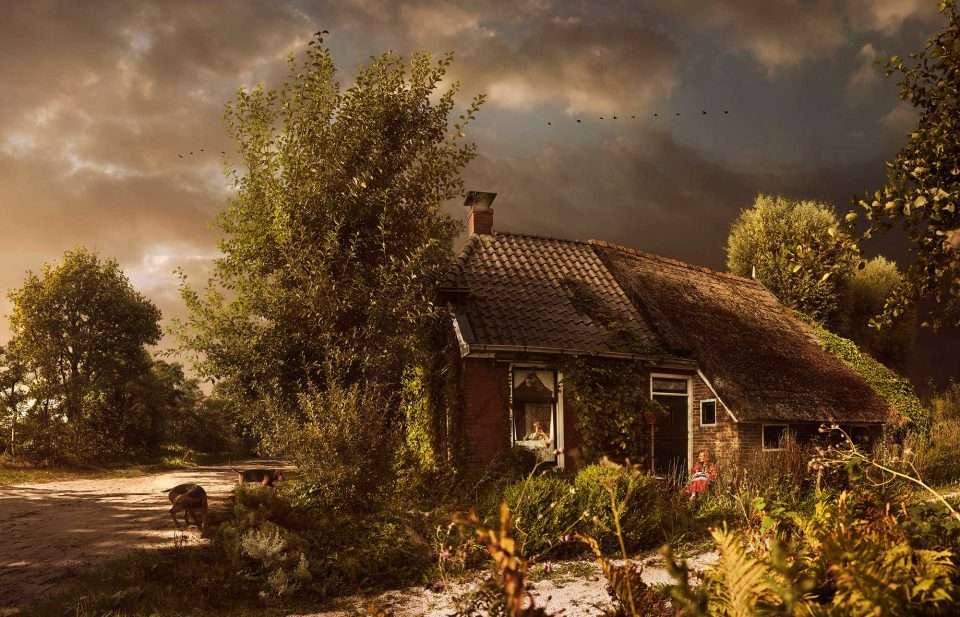 The ghost dog of the Simmerdyk still roams around

Depiction of a folk tale set on the Simmerdyk (Summer road) between Hurdegaryp and Burgum. The depicted wâldhùske (forest house) can be found there. On the photo image the wâldhûske is brought back in time when the folk tale was told. Lying on a sandy path. The sandy path photographed in Noardburgum, which has since largely disappeared due to the construction of the Centrale As (motorway from Dokkum to Nijega).

Photo artwork from the series of 4 Frykse Folksferhalen – Frisian folk stories. At places where the Centrale As (new motorway from Dokkum to Nijegea) now passes, I recorded what has disappeared or changed due to the construction of the road. By editing the photos, I added the eternal of the locally transmitted stories. Recognizable elements in the daylight from when the stories were told.